PCBs consist of different numbers of layers ranging from single to multiple layers. Several layers determine the power and functionality of PCB. These layers help carry power that applies to many home appliances, e.g., kitchen appliances, smart watches, mobile phones, medical devices, aerospace, storage devices, etc. You may count PCB layers number by using via-hole technology. In single-layer PCBs, you can easily see only one layer is present. However, a punch hole is necessary to see layers in multilayer PCBs.

PCB layers are like lasagna and consist of dielectric and conductive materials. The following factors usually decide the numbers of any PCB. 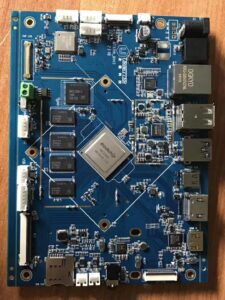 You have to decide for which purpose you want to design PCB. Only some single-layer PCBs are suitable for complex and multifunctional devices. You must go for multilayer PCBs for high quality, speed, and more meaningful projects.

Your budget will also decide whether you go for single-layer PCB, double-layer PCB, or multilayer PCB. High-capacity projects demand multiple-layer PCBs that are more costly.

Operation capacity should be considered in your mind when choosing PCBs. For high speed and power, you must select a multilayer PCB.

Time lead is also an essential factor to be considered when you choose many PCB layers. To order bulk, you must go for a single-layer or double-layer PCB. The estimated lead time for single-layer PCBs is 14 days, and for multilayer PCBs, more than 20 days. The cost will also reduce the lead time.

Single-layer PCBs only have one layer, but multilayer PCBs have different layers ranging from four to twelve. We can take a multilayer PCB structure like a sandwich in which dielectric and conductive materials stack together.

Arrangements of layers may affect electromagnetic compatibility. For example, evenly distributed layers of PCB will show undesirable effects because they are in a symmetrical position from the core of the PCB. To get desirable electromagnetic compatibility, layers should be placed close to the center of the PCB. To increase signal transmission, layers should also stack together as closely as possible.

Steps to determine the number of PCB layers: You can determine the number of layers by using the three simple steps below;

1. Choosing the number of layers:

Single-layer PCBs are easy to manufacture, so that you can order in bulk. These are affordable and uncomplicated, so they are efficiently repaired. Single-layer PCBs have been used for several decades; however, most home appliances and industries have been replaced with multiple-layer PCBs. Single-layer PCBs still operate in many electrical devices, e.g., radio calculators, LED lights, printers, cameras, coffee makers, etc.

Four-layer PCB is much better than single or double-layer PCB because it is not costly and performance is also better. 4-layer PCB recommends in case of simple circuits but avoids use in CPU boards.

Six-layer PCB is the same as a four-layer PCB in structure with two extra copper and dielectric layers. It has the second and fourth layers as a dielectric and the first, third, and fifth as prepregs. In a six-layer PCB, two layers are planes, and the others are signals. These are thicker, high-capacity, compact in size, and more powerful. Six-layer PCBs are high quality and recommended to use in most motherboards. They also apply to computers, fire alarms, GPS technology, etc.

Multilayer PCBs are comprised of more than two layers and depend on the budget and complexity of the project you want. And then, multilayer PCBs may consist of two-layer, four, ten, or twelve layers.

10-layer PCB usually fits into a 1mm socket, equal to 8-layer PCB but better in performance than eight layers PCB. 10-layer PCB is suitable for use in SODIMM computers. 12-layer PCBs are also available in the market that is used in heavy industries. 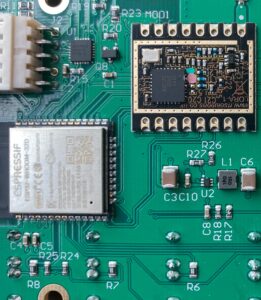 You can start with the top and bottom layers of the PCB. What’s more, You can add two between the top and bottom layers if you want to add more layers. You can redesign the layout and fit everything into this, one top, one bottom, and two inner layers. PCB layers can be determined with different factors, including PCB technology, PCB stack-ups, Vias, placements of components, and many features. If you want to add more connections, you can add them according to your demand.

Following determining the necessary number of layers, the ensuing tasks must be carefully carried out to arrange all circuits sensibly. Two important factors should be followed,

As the number of layers increases, there may be more configuration options for the ground, power, and special signal layers. However, there are several guidelines to follow while creating these layer arrangements:

How many layers can be used depends on the application’s functional requirements and economics. Pin density will be defined later; it is critical in determining the number of layers in printed circuit boards (PCB).

The printed circuit board (PCB) wiring density must be determined using appropriate tools. It is also necessary to decide what signals will be transmitted through this, and then specific wiring requirements, such as differential lines, sharp signal lines, and so on, will be considered.