Before defining pcb manufacturing process,it will be useful to learn about pcb and it’s structure. The printed circuit board (PCB) is the foundation in most electronics products – both as a physical support piece and as a wiring area for surface mount and socket components. PCBs are most commonly made of fiberglass, composite epoxy, or another composite materials. 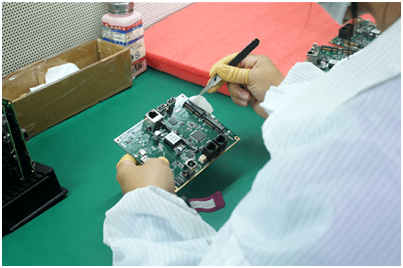 There are three types of PCB structure：

The working principle of PCB：

A very basic type of printed circuit board is a flat, rigid insulating material with a thin conductive structures adhered to one side. These conductive structures produce geometric patterns consisting of  rectangles, circles, and squares. Use long and thin rectangles as interconnections (that’s the equivalent to wires), and use various shapes as connection points for components.

The future development of PCB：

With the rapid development of the computer, communication equipment, consumer electronics and automobile industries. The PCB industry has also achieved rapid development. With the development of printed circuit products, the requirements for new materials, new technologies and new equipment are getting higher and higher. In the future, the printed electrical material industry should pay more attention to improving performance and quality while expanding its output; the printed circuit special equipment industry is no longer a low-level imitation, but to the development of production automation, precision, multi-function, and modern equipment.. The PCB production integrates the world’s high-tech technologies. The printed circuit production technology will adopt new technologies such as liquid photosensitive imaging, direct electroplating, pulse electroplating, and multilayer boards. 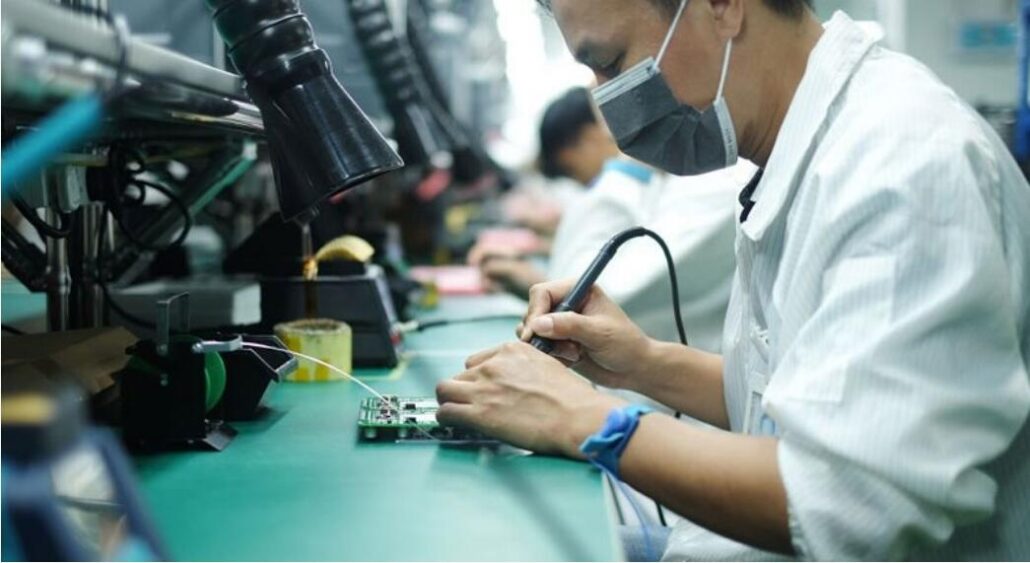 Closer to home, now let’s take a look at the PCB production process.

The first step in PCB production is to organize and check the PCB layout. The PCB production factory receives the CAD files from the PCB design company. Since each CAD software has its own unique file format. The PCB factory will convert it into a unified format-Extended Gerber RS-274X or Gerber X2. Then the factory engineer will check whether the PCB layout conforms to the manufacturing process. And whether there are any defects and other issues.

2. Production of core board

Clean the copper clad laminate. If there is dust, it may cause the final circuit to be short-circuited or broken. An 8-layer PCB is actually made up of 3 copper clad laminates (core boards) plus 2 copper films, and then glued together with prepregs. The production sequence is to start with the middle core board (4 and 5 layers of circuits), continuously stack together, and then fix. The production of 4-layer PCB is similar, except that only use one core board and two copper films.

4. Core board punching and inspection

Place the PCB board clamped by the iron plate on the support. And then sent to the vacuum heat press for laminating. The high temperature in the vacuum hot press can melt the epoxy resin in the prepreg and fix the core boards and copper foils together under pressure. After completing the lamination , remove the upper iron plate that presses the PCB. Then remove the pressure-bearing aluminum plate. The aluminum plate also has the responsibility of isolating different PCBs and ensuring the smoothness of the outer copper foil of the PCB. Both sides of the PCB taken out at this time, a layer of smooth copper foil will cover the PCB .

To connect 4 layers of non-contact copper foils in the PCB, first drill through the through holes to open the PCB, and then metalize the hole walls to conduct electricity. Use the X-ray drilling machine to locate the inner core board. The machine will automatically find and locate the hole on the core board. And then punch the positioning hole on the PCB to ensure that the next hole is drilled from the center of the hole. Put a layer of aluminum plate on the punching machine machine, and then put the PCB on it.

In order to improve efficiency, according to the number of PCB layers, stacking 1 to 3 identical PCB boards together for perforation. Finally, cover the uppermost PCB with a layer of aluminum plate. Use the upper and lower layers of aluminum plate to prevent the copper foil on the PCB from tearing when the drill bit drills in and out. In the previous lamination process, the molten epoxy was squeezed out of the PCB, so needs to cut it off. The profiling milling machine cuts its periphery according to the correct XY coordinates of the PCB.

After cleaning the uncured photosensitive film, electroplating is performed. Do not electroplate where there is a film. And where there is no film, copper plateing first and then tin plating. After removing the film, alkaline etching is performed, and finally the tin is removed. The circuit pattern remains on the board because it is protected by tin. Clamp the PCB with clamps, and electroplate the copper. As mentioned earlier, in order to ensure that the holes have sufficient conductivity, the copper film plated on the hole walls must have a thickness of 25 microns. So the computer will automatically controll the entire system to ensure its accuracy.

Next, a complete automated assembly line completes the etching process. First, clean the cured photosensitive film on the PCB. Then use a strong alkali to clean the unnecessary copper foil covered by it. Then use the tin stripping solution to strip the tin plating on the PCB layout copper foil. After cleaning, the 4-layer PCB layout is complete.The production process of PCB is more complicated, and it involves a wide range of processes.  From simple mechanical processing to complex mechanical processing, common chemical reactions, photochemical, electrochemical, thermochemical and other processes, computer-aided design CAM. And many other aspects of knowledge.

Moreover, there are many process problems in the production process and will encounter some new problems from time to time. Some of the problems disappear without finding out the cause. The production process is a non-continuous assembly line form. So any problem in any link will cause the entire line to stop production and the consequences of mass scrapping.