Firstly, why do we need special treatment of PCB surface?

Because copper easily oxidized in the air, copper oxide layer on the PCB soldering has a great influence, it is easy to form false soldering and poor soldering, caused components cannot be soldered well, therefore, in PCB production, there will be a process, coating (plating) a special material on the pads, to protect soldering pads from oxidation.

The advantages and disadvantages of different PCB surface finishes 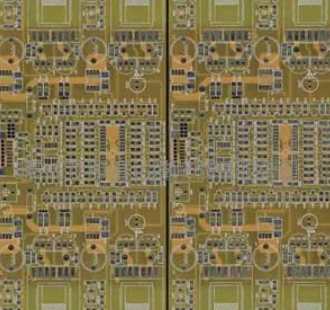 Excellent solderability (in the case of no oxidation).

Sensitive, easy to be affected by acid and humidity

Short shelf life, need to be soldered within 2 hours after unwrapping, because copper exposure in the air is easy to oxidize.

Cannot be used on double sides PCB, because the second side will be oxidized after the first side reflowing.

If there are test points, the solder paste must be added on the test pads to prevent oxidation, otherwise subsequent contact with the probe will not be good.

Not suitable for fine pitch components and small components

Not good for HDI PCB.

It is easy to produce solder beads in PCB assembly process, which is easy to cause short circuit to fine pitch components. When used in double-sided PCB SMT process, because the second side has undergone a high temperature reflow soldering, it is very easy to re-melt and produce solder beads or similar water beads into dropping spherical solder balls under the influence of gravity, resulting in uneven surface, thus affecting the soldering.

The HASL technology used to play a leading role in PCB surface finishes technology. In the past years, more than three-quarters of PCBs were HASL, but the industry has been reducing the use of HASL over the past decade. The HASL process is dirty, smelly, and dangerous, so it has never been a favorite process, but it is excellent for larger components and wider-spaced lines. In high density PCB, the flatness of the HASL process will affect the subsequent assembly; Therefore, HDI board generally does not use HASL as surface finish. With the development of technology, the industry has now appeared to be suitable for smaller assembly spacing of the QFP and BGA HASL process, but less practical use. At present, some factories use OSP process and ENIG process to replace the HASL process; The development of technology also makes some factories to use immersion tin and immersion silver. Coupled with the trend of lead – free in recent years, the use of HASL technology is further limited. Although there has been a lead-free HASL surface finish, but this will involve equipment compatibility issues.

Can be repaired that boards have expired (three months), but usually only once.

Not good for PTH (Plated Through Holes)

Sensitive and susceptible to acid and humidity.

OSP surface finish can be used in low-tech PCB, can be used in high-technology PCB, such as single-sided TV PCB, high-density chip packaging PCB. For BGA, OSP is also widely used. If there is no surface connection functional requirement or limiting of shelf life for PCB, OSP process will be the most ideal surface finish. However, OSP is not suitable for a small number of diverse products, and is not suitable for products with uncertain demand estimates. If the company’s inventory of printed circuit boards is often more than six months, it is not recommended to use OSP surface finish PCB boards.

Not easy to oxidize

Preferred with keypad PCB board

The ability to repeat reflow soldering multiple times does not necessarily reduce its solderability and it can be used as the base material of the COB (Chip On Board).

Easy to have the problem of Black Pad / Black Nickel, as using nickel plating process.

Different from the OSP surface finish, the ENIG surface finish is mainly used on PCB boards with functional surface connection requirements and long shelf life.  Due to the flatness of the HASL process and the removal of the flux in the OSP process, So ENIG was widely used. But because of the black pad happened in ENIG surface finish, the application of ENIG technology has been reduced. Usually, portable electronic products (such as mobile phone), almost all use OSP, immersion tin and immersion silver. And adopts ENIG to form as buttons area, contact area and EMI shielding area, it is called selective ENIG technology.

It is easily contaminated, oxidized

The process of immersion silver is between ENIG and electroless nickel, which is simple and fast. Even when exposed to thermal and humidity environment, the silver retains good solderability, but loses its luster. If PCB has connection function requirement and need to reduce cost, immersion silver is a good choice; With good flatness and contact, it is widely used in communication, automotive and computer products, and it is also used in high-speed signal design. Due to its good electrical properties, immersion silver can also be used in high frequency signals. EMS recommends the immersion silver process because it is easy to assemble and has good inspection performance.

Not good for multiple reflow soldering

Immersion tin does not introduce any new elements in the soldering, so especially suitable for communication PCB board. Tin will lose its solderability beyond the shelf life of the board, so better storage conditions are needed for immersion tin. In addition, the immersion tin surface finish is limited to use due to the carcinogenic substance.

It can be used in a wide range of applications. At the same time, ENEPIG surface finish can effectively prevent the connection reliability problems caused by black pad defects and can replace ENIG surface finish.

While ENEPIG has many advantages, Pd is expensive and a scarce resource. At the same time, the fabrication process control requirements are strict and complicated.

Compared with ENIG, ENEPIG has an extra layer of Pd between Ni and Au. In the deposition reaction of replacement Au, the electroless Pd coating protects the nickel layer from being overly corroded by the replacement Au. Pd is fully prepared for Au leaching while preventing corrosion caused by replacement reaction. The thickness of Ni is generally 120~240μin (about 3~6μm) and Pd is 4~20μin (about 0.1~0.5μm), The deposit thickness of Au is generally 1~4μin (0.02~0.1μm).